To The Moon Presents: “House Vs Techno” Halloween Music Festival

To The Moon Presents a one-time Halloween mini-music festival called “House Vs. Techno” showcasing top-tier talent from both music genres.

Get ready for an immersion of house music and techno music under one roof on Halloween (October 31, 2022) with one room dedicated to each respective genre at the Opera Supper Club located in at 2026 Commerce Street in downtown Dallas, TX. There will be full scale production for the event requiring Black Halloween Costume attire.

*ALL BLACK ATTIRE — REQUIRED and MANDATORY

Nora Van Elken (House Music) is a Producer and DJ of Electronic Dance Music. She emerged in November 2017 with her debut single “All I Need”. Following this release she put out “Be With You” and “Over You” at the start of 2018. Both tracks have been supported by Sirius XM Chill. Since then she has gone on to release her Debut Album titled “Nora Van Elken”. It has gained support from Spotify, Apple Music, Deezer, and Youtube Music.

Nora Van Elken has been called a Production Sensation by YourEDM. Her first music video for “I Told You” has been played over 1 million times on youtube. Magnetic Magazine named her track “I Told You” as one of the “Top 15 Chill Dance Tracks of July and August 2018”.

DJ Hellbound (Techno Music) is a Los Angeles-based DJ, producer, audio engineer, and visual artist and is leading the charge in North America to revive the early rave sounds of acid and hard techno. A genre dominated by European names, he’s continuing the work started by that late I_O through a string of hard thumping releases and the curation of a recent hard techno compilation for Space Yacht Records. 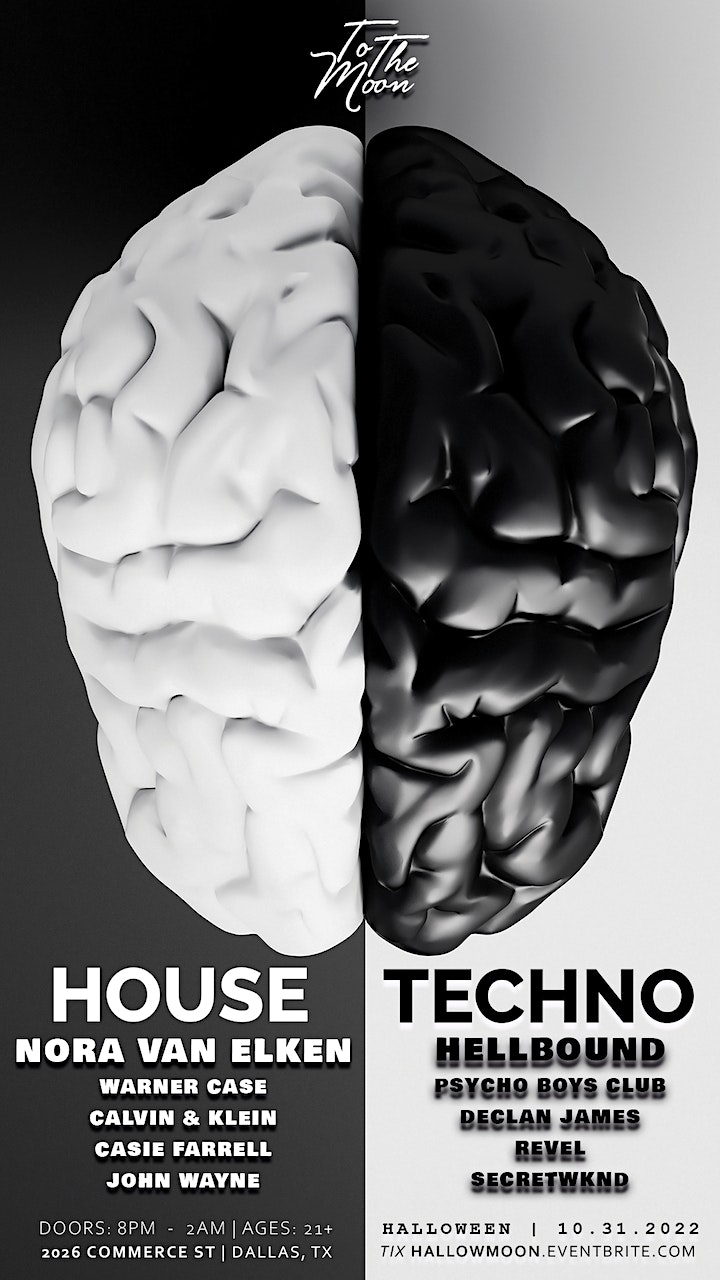